Well, another (ok, several) Jackson Kayak River Bassin Regional events have come and gone! However, it is my favorite time – recap time! This time I’ll recap the regional event was held in the Pittsburg, PA area at The Rivers Edge Canoe & Kayak (Leechburg, PA).

As always I fish before the event one day to put up a “Beat Drew Bonus Score” so that any angler who tops my total will get an additional 5 series points. These points will help them become River Basser of the Year and on the team side of things, River Bassin Team of the Year. At this particular event I fished with Jackson Kayak and River Bassin team member Noah Heck. The night before we fished I happened to get into town early to take in a Pirates game with Noah, his wife and a couple PA Kayak Anglers, Joe Floriollo and Donald Corbett. The game was incredible….until the downpour came! This storm had Noah and I wondering where in the world we were going to find fishable water the following day!?

Back at his place that night I pulled up 3 tabs on my computer – the river gauges, a satellite map and the weather channel site. There was literally nowhere within a 2 hour radius that had not gotten absolutely flooded!!! So, how did Noah and I end up catching fish, and big ones as shown here in these photos? Well, better read the full story in this article because I have to move on and recap the actual tournament in this post!

The rain from Thursday and Friday really drenched the entire area. I thought surely we would have to cancel the event due to lack of entries. Much to my surprise we actually had 47 brave individuals who showed up to the captains meeting and were ready to try and catch a bass in chocolate milk. When you actually think about it, it is actually still an even playing field and everyone has to deal with the same conditions. I feel it is sort of like the entire field facing 12-inch rough at the US Open in golf; everyone has to deal with it so it’s completely fair. What it also does is really highlight the skill of those that know how to do exactly what I did the night before, read river gauges and scout out rivers (and creeks) on satellite imagery. Within a 2-hour radius there were some places that were low, clear and safe enough to fish but the anglers just had to find them.

I was just hoping and praying that no one got hurt and that someone would catch some fish! With the new “live scoring” system we’re using this year it allowed me to wake up on Sat morning, open up the site on my phone and see that YES a few people had already caught fish! Jenn Baker scored the “Cablz First Catch” with a nice 14.5 inch largemouth. When it was all said and done out of the 47 anglers only 10 caught a bass on this very tough day. However, I was shocked 10 found fish!

This is how the final standings looked with Michael Freas taking the win and team Pharphromwinnin (Jenn Baker & Matthew Yuschak), however the stories that accompany these winners are something you’ll want to continue to read about below! Click here to see full standings. 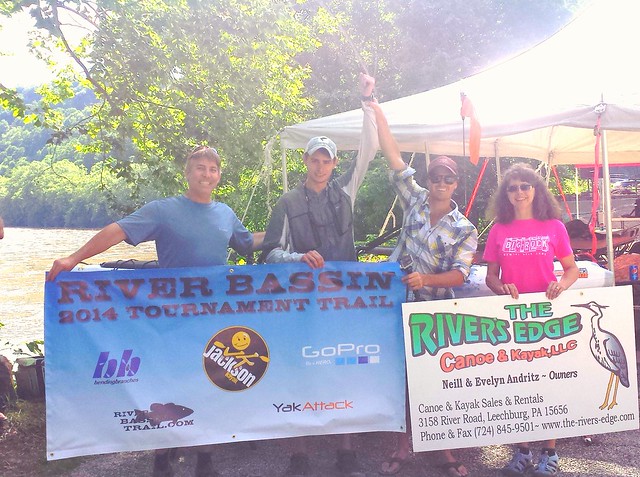 First off, the winner Michael Freas. Here is a college student that has never fished a kayak tournament before in his life. Doesn’t even own one. However, Rivers Edge let him borrow a Jackson Kayak Riviera to fish this event. If there were lines on this in Vegas I’d say Michael would have been a looong shot. He wisely told us that he fished the large pool in the main river in downtown Pittsburgh because he thought it could handle the massive amount of rain a lot better than the narrower creeks and rivers. He was right and was the only competitor to catch a limit of 3 bass! For his efforts he was blessed to take home a Jackson Kayak Coosa in the special YakAttack edition.

Second place Dean Law had an incredible story of his own. In fact, it all starts with me getting a phone call from him around 7am. “Drew, I’m here at the Conemaugh dam and they just turned on 4 more turbines and it’s flooded bad.” I was like, “Dude, don’t put in, don’t put in” to which he responded, “Well, what are my other options? What are my partner and I to do?” 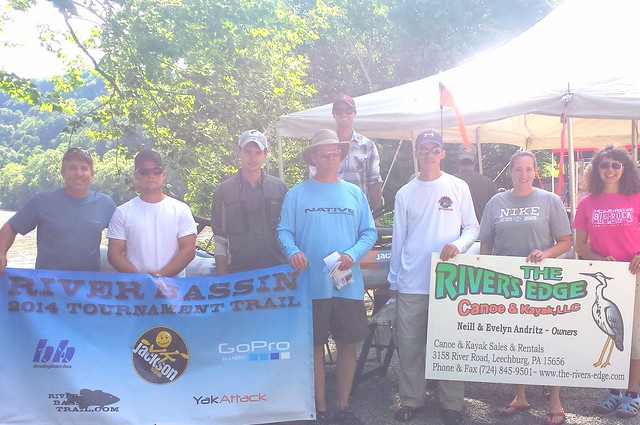 Now, as the director of the trail this put me in an interesting position because I can’t tell anyone where to fish or what to do, that’s up to them! So, I replied “Look, I can’t say a lot but I can tell you this, I’ve looked at the river gauges on the USGS site and within a 2-hour radius there are a couple places that are low enough to safely fish. I can’t tell you where they are but if I can find them, I know you can.” So, when Dean ends up in 2nd place with 2 fish caught later in the day I just had to ask him on stage, “What in the world happened after we talked that morning?” Dean told the crowd that he simply did exactly what I said; he stopped and just focused on finding a river that was as close to its median flow as possible. I believe he told us he didn’t even get to his river until about 10 or 10:30 (4 hours later than anglers were allowed to start fishing). So, after losing 4 hours of fishing time it turned out to be worth it because he did catch those 2 fish that got him into 2nd place on a day where the rivers were higher than they’ve ever been for any River Bassin event. This just goes to show it’s not always about who can make the best casts or can paddle the fastest, but rather whoever is the smartest before they get on the water can prevail! 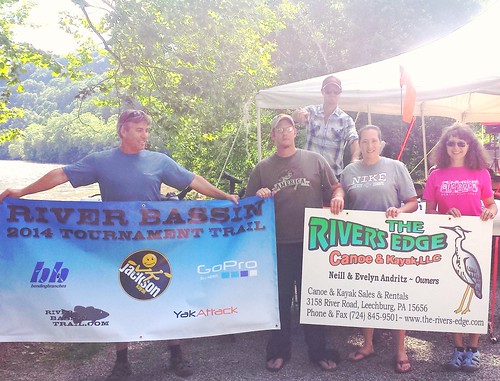 In the team division the winning team, Pharphromwinnin, Jenn Baker & Matthew Yuschak had another incredible story. The day before the tournament they pre-fished on the Kiski River because it is known to be an incredible fishery. Well, the high, muddy water combined with an intense thunder and lightning storm took its toll on the two. They had to pull off the river and Matthew got a hole in his kayak and it was taking on water. They couldn’t make it down the river any further since it had risen to unsafe levels so they looked on their phone and found a trail that would lead them to the main road. However, this trail was 2-miles long. So, they bucked up and drug their kayaks 2 miles out of the river! Incredible! They did this and still made it to the Friday night captains meeting on time! They told me this story and I was just hoping these two were safe on the river during tournament Saturday. The last thing I expected was to see them atop the leaderboard!! They told the crowd that they didn’t know where to go so they just went to their local creek that is known in the area to hold a lot of largemouth bass. The creek also happened to be one of the only places that was still somewhat clear enough to catch fish and catch fish they did! They could have easily given up and not fished this tournament after what happened the day before but they truly showed heart and determination to stick with it! Congrats guys! 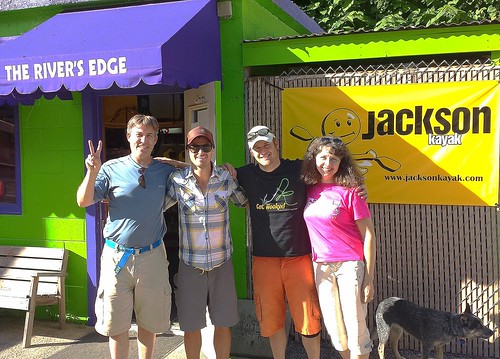 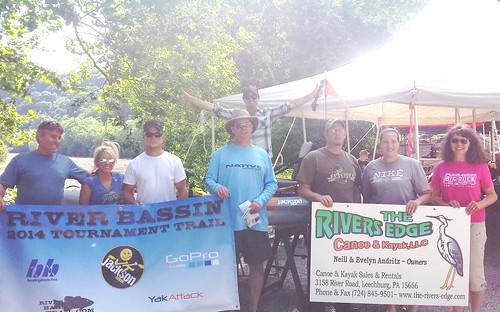 Those are just some of the incredible stories that came out of what looked to be a messy, depressing weekend in Leechburg. The Rivers Edge Canoe & Kayak shop came through in a big way with amazing food, tents to keep us dry and a DJ to keep our spirits high! We all can’t thank them enough for what they did and the show they put on for the River Bassin and kayak fishing community. There is no doubt we’ll be back next year to try this again!